"Vanamahotsavam"  is a traditional festival characterised by planting saplings of tress. Recognizing the value of vegetation, the younger generation is initiated to Vanamahotsavam, creating an awareness towards the importance of preserving nature leading to an environmental friendly future.

The Dance drama transfers the viewers to the calm and serene life in the jungle where animals wild and timid, live in complete harmony. It also depicts how the greed of man for more place, more wealth, can create havoc and disturb the ecological balance that is essential for continuation of life in this planet. 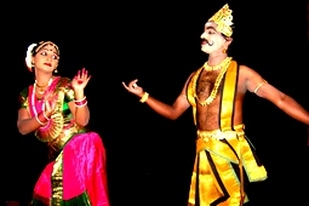 It is a dance drama highlighting Draupadi insted of Pandavas. Draupadi, though she was the divine daughter of Panchala king Drupada, married to the great warrior Arjuna. Was she really happy? She was humiliated in Raja Sabha in front of the elders like Bheshmar, Dhronar and Dhrudhrastar. She was pained to live in exile for 12 years and another year of agyathavaasam. In the great war of Mahabharatha, she lost all her five sons and still managed to live with the family in peace. 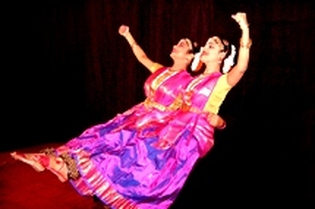 It is a historical dance drama based on the latin inscriptions from Aayi Mandap, Pondicherry which says that the dancer devadasi Bangari built the canal from Thenpennai river to Bahour lake and deepened the lake. Singari, sister of Bangari deepened the lake and raised the lake bund enabling the water to be stored. This story was first staged in the year 2011.
Powered by